This weekend, Thanksgiving weekend, we find ourselves giving thanks for family and friends. Thinking of being thankful brought this story to mind.

In the spring of 1906, Samuel Andrew Cook starting planning a reunion. A reunion to bring his brothers and sisters together for the first time in 50 years. There had been trips made by many members up to Canada over the years, but they had not all been together in one place, and especially not at the old homestead in Stockbridge. This excerpt is taken from A Snapshot: Jacob Harrison Cook: ((Susan C. Fassbender, A Snapshot: Jacob Harrison Cook, (Appleton: Self Published, 2006): 14-15.))

“He [S.A. Cook] set the weekend of August 2-4th as the date weekend for the festivities. Coming from all over the North American continent, the whole family gathered at his home in Neenah.

This was the first time that they would all be together since the early years when the family first settled in Stockbridge, and the last time. Loretta had not been back to Wisconsin for over fifty years, and as Louis Cook, son of Alfred, remarks in his paper the Marathon County Register, the Calumet County of 1906, ‘will present a striking contrast to the wilderness to which they removed from Canada over fifty years ago.’ ((‘Family Reunion,’ Marathon County Register, (Unity, WI), August 3, 1906, front page.)) 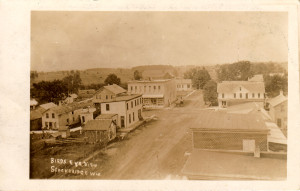 Saturday, August 4th, ‘S. A. Cook with his touring car and three other like machines that he had chartered left Neenah with the party for a trip around Lake Winnebago, arriving at their old home in the town of Stockbridge during the afternoon where they received warm welcome from many old neighbors and friends. Dinner was served at the Stockbridge Hotel, and the party was regaled [sic]  with good things furnished by Mr. and Mrs. P. F. Gillespie. The trip was enjoyed by all and they were greatly impressed with the wonderful transformation in the old home they loved so well during their younger days. — Chilton Times.’ ((‘From the Chilton Times,’ Marathon County Register, (Unity, WI), August 17, 1906.)) It must have been quite a sight to see these three cars, each carrying five people, heading around Lake Winnebago and into Stockbridge.

Such a large group could not all stay with S. A. at his home on Commercial Street, although some of them may have stayed with him.

Alfred and Amanda stayed at the Kasson Hotel in Downtown Neenah, and a letter written to Louis Cook by his father, gives a wonderful first-hand view of the boisterous time that they were having. 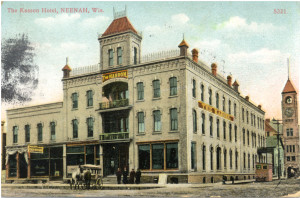 Alfred writes from the Kasson Hotel:

My Dear Son will Drop you a few lines this is Monday morning and we are all a live and that is saying a good Deal after them acting as they have. We have all had a good time

We will Be home to morrow noon, the most of them will not go to Unity for a nother week. Tell Mabel and the Rest of them that their Mother has acted offel and if she Continues to Eat as much after getting home it is going to cost us a good dealt to keep her and they must be shure to have some Potatoes Corn-Meal and sawdust on the table when we get home. Your Father A. Cook. ((Alfred Cook to Louis Cook, August 6, 1906, Neenah, Wisconsin. Original letter, transcribed as written. Robert D. Sternitzky Family Archives.))

From other newspaper accounts, we know that the family extended their time together beyond this fun weekend in Neenah and Stockbridge. They traveled first to visit the Drakes’s in Stanley, and then back to Unity to visit with the rest of the family before returning to their homes. A good time was had by all! 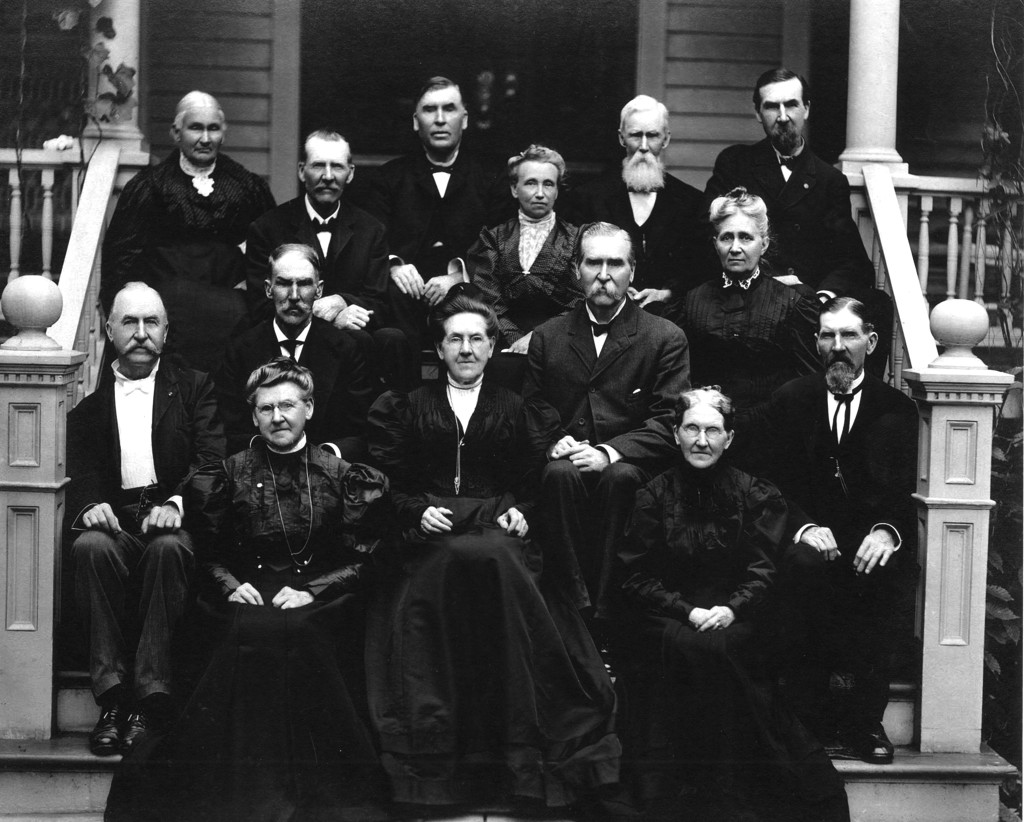