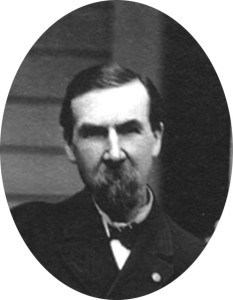 As I continue to document my ancestors lives, I am amazed at how many were ready and willing to get involved in politics, and how many were appointed Postmasters.

This short post is about the Cooks, as they are the most recent discovery. Samuel Andrew Cook, or S. A. as he was known, was the first of the Cook family to move to Unity, Wisconsin, choosing to live in Brighton Township, Marathon County. From all accounts, it appears as though he moved some time in 1873. Settled in Unity, he set up shop as a Merchant of general goods and merchandise. A newspaper description of Unity published in June 1874 states: “Mr. S. A. Cook, formerly of Fond du Lac, has a large Grocery & Dry Good Store, and gets a good trade from settlers who are flocking here very fast…” ((“‘Up the Line:’ A Few Brief Sketches from Our Reporter’s Note Book,” The Stevens Point Journal, 27 Jun 1874, col. 3; digital images, NewspaperARCHIVE (www.newspaperarchive.com : accessed 30 Jul 2006).)) 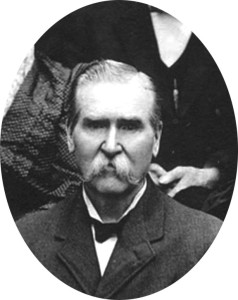 At the time that S. A. moved to Unity, the post office was located on the Clark County side of the village of Unity. Amazingly this small village of 633 acres, is located in both Clark County and Marathon County. The decision to move the office to the Marathon County side (where it remains to this day) was made sometime in 1874, and the move coincided with twenty-five-year-old S. A. being appointed Postmaster, on April 20, 1874. S. A. was Postmaster until September 27, 1881, when his brother Jacob took over the position, and S. A. moved with his family to Neenah, Winnebago Co., Wisconsin. Jacob was forty-years-old when he was appointed postmaster, and he remained in the position until May 21, 1883, when he moved his family to Appleton, Outagamie Co., Wisconsin. Jacob was not the last Cook to be Postmaster for this small community, as his younger brother, Alfred, who was then thirty-eight, was appointed April 22, 1889, and held the post until September 12, 1892. ((“U.S., Appointments of U.S. Postmasters, 1832-1971,” database and images, Ancestry.com (www.ancestry.com : accessed 3 Dec 2015); Marathon County, Wis., Unity, vol 57, p. 778-779; NARA microfilm publication, M841, Records of the Post Office Department Record Group Number 28. Washington, D.C.: National Archives.)) 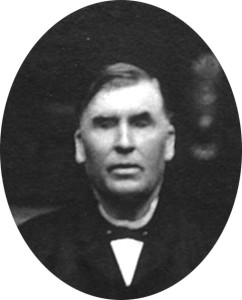 My great-grandfather, Lewis Herman/Louis Herman Cook, the son of Alfred, was very involved in village politics, serving as County Supervisor. and he was editor and publisher of the village newspaper the Marathon County Register, but he was never appointed Postmaster for Unity. In 1910, Lewis moved his family to Wausau, Marathon County, Wisconsin, where he was the Supervisor of Assessments, Marathon County Clerk, a real estate agent, and finally appointed as Postmaster of Wausau. He served Wausau as postmaster from June 30, 1923, until his death on September 4, 1934.

Four men of the Cook family were appointed by presidents, approved by the senate, and served their communities as postmaster. Pretty incredible.