We were all born with Free Will. We can make choices in our life that will affect how we live, and how we relate to others. The decision is ours. These decisions are made in our work lives, and in our family lives. Many times based purely on emotion, not allowing the facts to even play a role in our decision. Jobs are lost, and families torn apart. Sometimes irreparably. 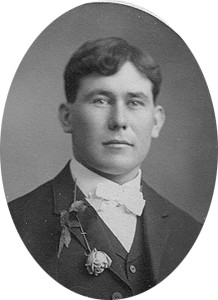 One such family that did not allow this to happen was the Schultz/Steffen family of Ellington, Outagamie County, Wisconsin. As a young family they had experienced much tragedy. Married sometime between 1876-1877, Mathilda Lemke and Albert Schultz set up household in Ellington as a farm family. Over the next seven years they would have five children, losing one as an infant. Edward was born in 1877, the unnamed infant in 1879, Albert in 1880, Ida in 1882, and Emma in 1884. Tragically July 5, 1888, as Albert would pass away. There is no death record recorded in the Outagamie County Courthouse, but we know the date from his tombstone. He was buried in Ellington Union Cemetery, which is located in Stephensville, Ellington Township, he was just 35 years old. Two years later on June 14, 1890, thirty-year-old Mathilda married William Steffen in Ellington, their marriage overseen by a Lutheran minister. Unfortunately it has not been easy trying to identify exactly where they attended church, I know from obituaries that in later years they all attended St. Paul Lutheran Church in Stephensville. 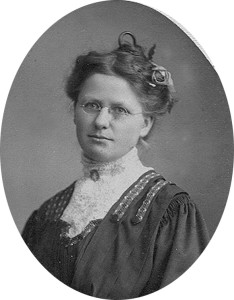 These strong ties to both the Roman Catholic and Lutheran faith must have been a big topic of conversation between Henry Fassbender and Ida Schultz as they met, began dating, and ultimately decided to get married. What was that conversation like, when Henry and Ida sat down with Ida’s mother and step-father to inform them first, that they were getting married, and second, that Ida was going to convert to Catholicism?

Ida studied her newly professed Catholic faith at St. Joseph’s parish in Appleton, and “converted her preferred faith” on January 4, 1906. Her sponsor was Agnes Fassbender. I don’t have an Agnes Fassbender in my database! This mystery continues. Is it Henry’s older sister Anna? Or could it be Hubert’s wife, Anna? Or is it Elizabeth Ellenbecker who would be Ida’s witness when she married Henry at St. Joseph’s, on January 17, 1906. Following their marriage they set up housekeeping in Hollandtown, Brown County, Wisconsin, where just two months earlier Henry had purchased the White Clover Co-op.

The fact that Ida made the decision to convert to Catholicism had to have been difficult for the Schultz/Steffen family to comprehend. In some families this would have torn the family in two, the couple to move on, and not be a part of the family from that point forward. But this did not happen. Over the next decades, the Appleton and Kaukauna newspapers were full of society tidbits telling of the visiting habits of the two families. Not a month went by where one side or the other was traveling, and staying weeks at a time, to visit. When Mathilda died in 1929, her grandsons, Harold, Norbert and Bernard Fassbender were pallbearers. A family united until the end.

We should all aspire to understand, to listen, and to learn. Emotion should not play a “forever” role in our relationships with others, especially with family.