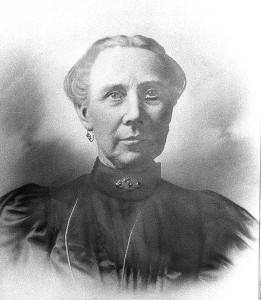 My great-great grandmother must have had to muster tremendous strength each year at Christmas time. Her name was Gretje Folkerts Mùller, and she was born October 15, 1835, in Bangstede, Hannover, Germany.1  She moved from this small community to the “big city” of Emden, Hannover, Germany in her early teens, to work for her eldest uncle as a maid.2 It was while living in the seaport of Emden, that she met and married, Albert Heinrich Klöfkorn, born June 4, 1833,3 a ships captain. Albert came from a long line of seagoing men, and he owned and captained a ship he had named Drei Schwestern, or Three Sisters. The couple married in Emden, on March 5, 1865, he was 31, Gretje was 29.4 Albert and Gretje would have four boys, all born in Emden. Johannes Warnerus, born May 18, 1865,5  Folkert, born July 22, 1866,6 Anton Herman, born February 14, 1868,7 and Heinrich Albertus, born March 11, 1870.8  I would like to think that they had a good marriage and a happy family life, although family legend, and some knowledge of the times, there was friction from the Klöfkorn family as this Lutheran woman married into their Catholic family.

December 1870, and Christmas was just around the corner. Albert was out at sea with load of grain. On December 20th, his ship went missing when it reached the point where the river Weser flows into the North Sea.9  Five days before Christmas, Gretje and her four boys, ages five to just six months old, were preparing their home for the birth of Christ, when word came that her husband’s ship was lost at sea. He was 37 years old. I can only imagine what that Christmas must have been like. The devastation. The despair.

I have no idea what Gretje did to survive the next years, how did she support her family? But I do know she was still in Emden in January 1872, when her eldest son Johannes tragically died a the age of six.10  She stayed in Emden for another year, before packing up her three sons and making the trip to the United States. Her younger brother, Johann (John) Folkert Müller was already residing in Lake County, Indiana, USA at this point in time, and letters had been going back and forth between them. It was on April 20, 1873 that she, along with her three sons boarded the S.S. America in Bremen, with a stop in Southhampton on May 3rd, before finally entering the New York harbor on May 16th. It was not an easy journey, as they had “experienced westerly winds with high seas the entire passage.” They traveled steerage, and numbered four of the 737 other passengers. It must have been a miserable trip.11  Reaching Castle Garden, they were noted on the manifest, dated May 16th, that entering the country were Aug H. Klöfkorn, age 38, Volkert Klöfkorn, age 7, Anton Klöfkorn, age 5, and Hinrich Klöfkorn, age 1.12

There is not only the question as to why did she travel using her husband’s name, but she gave the ages for herself, and two of her children incorrectly. At the time that she sailed for America, Gretje was 37 years old, her son Folkert was 6, Anton 5, (correctly stated for the manifest), and Heinrich was 3. Family legend states that Heinrich died at sea. He is not noted on the manifest taken at Castle Garden as having died at sea, but if Gretje could pass him off as a one year old, he must have been a small, possibly sickly little boy. We lose all sight of him after his arrival in the United States.

Gretje and her sons headed across the country, most likely first stopping to rest at the home of her brother John in Indiana, before moving to Chicago, Cook Co., Illinois. It was here on January 4, 1875, that she married Edzard Heinrich Tapper.13  Edzard was also from Ostriesland, Germany. Born about 1841, his roots, and actual age are a bit of a mystery. Edzard had emigrated in 1869, and was a general merchant. The couple first resided in Lansing, Cook Co., Illinois, before moving the family to Hammond, Lake Co., Indiana in 1879, where they set up a general merchandise store on two acres of land, at the corner of Hohman and Sibley Street.14

Fast forward to Christmas 1881. On December 20th, 40 year old Edzard headed into Chicago to attend to some “law business.”15 While he was in the city, he decided to stop in to see a dentist, the Sovereign Brothers, who were located at 107 Clark Street, and have his teeth extracted. (??!!) It was noted by the dentist that he appeared to be “under the influence of liquor,” so he at first declined to administer chloroform. Edzard insisted, a doctor was called to administer the drug and to monitor the patient during the extractions.16  Soon after the dentist began extracting the teeth, Edzard did not look “right,” and so he stopped. But unfortunately, it was too late, Edzard passed away from the effects of the chloroform.17

But she carried on (well what else could she do?), creating a sort of empire with her son Anton (Tony), my great-grandfather, out of the business she had started with Edzard, and later through real estate dealings. She passed away February 24, 1900, at the age of 64, and we believe that she is buried in Oak Hill Cemetery, Hammond, at the Tapper monument.