A Day for Peace

A week ago today the weather was miserable in Wisconsin. After two days of 65° degree weather we woke to temps in the 30s, and an expected snowfall of 2-5”. Not the weather we had hoped for as we laid my mother to rest in Neenah’s Oak Hill Cemetery.

We met at the cemetery at 11:00 and headed to what shelter a nearby mausoleum entrance could provide from the snow and sleet. It was a beautiful service with readings and intentions from some of her oldest friends.

Upon leaving the cemetery we headed back to our hotel at the Home2Suites in Appleton. We had two rooms that were adjoining, and so allowed the 12 of us ample seating and room to move around. Mom loved a grazing meal in front of the fire in the library, a glass of wine in hand. We couldn’t provide the fire or library, and we didn’t offer wine, but we had warm coffee, cupcakes, and all the cheeses and charcuterie meats she loved.

As a genealogist, I love to tell stories. As the keeper of the photos, my mother loved to identify, date to the best of her ability, and gather them into an album of sorts for all to view. Last week we played on the room’s massive TV a slideshow I had put together of her life.

In the past, we have done photo boards where pictures are randomly tacked to foam core sheets, and placed along the receiving line. For my mother-in-law, I created a movie using actual footage from their wedding and adding images of her and my father-in-law through the years. I was a bit ahead of my time as it didn’t transfer to a form that would play well at the dinner after the funeral.

This time we had a bit more control as we sent the slideshow from my laptop to the Apple TV.

As people entered the room, the kids had it playing and the coffee brewing (we brought a 12 cup pot from home, along with a favorite flavored decaf). The images stopped people in their tracks. 51 images with captions flowed across the screen. Mom and her brother as young children, mom as a teen in red shoes, a 1947 selfie stating “Me ’47 taken by me,” when she was 14. An image from her days studying at the Art Institute of Chicago, graduation from Drake University in 1955. Her summer trip to Europe where she and two college friends traveled 2900 miles over 31 days in a small Renault, visiting France, Luxembourg, Germany, Austria, Italy, Switzerland, back to France, London, Scotland, back to London then the ship back to New York. Her days working at Quaker Oats in the Merchandise Mart in Chicago, meeting my father, their marriage and move to New York City. The birth of their first child, me, and the second, my brother. Images of us as a family, and her days working as the secretary at First English Lutheran Church in Appleton. Images through her life. A snapshot of time. A life. My mom’s life.

Because of COVID and distance, it took a year for this to happen. But I think she would have been pleased with how the day came together. Rest in peace mom. 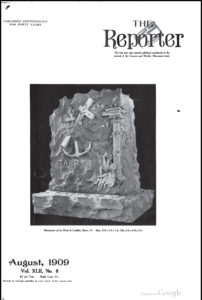 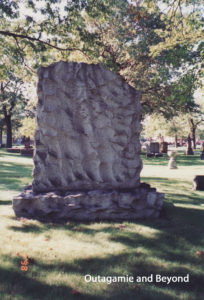